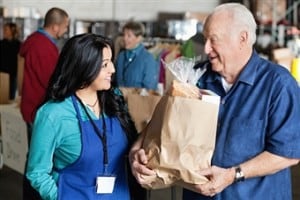 The Internal Revenue Code has numerous provisions that provide incentives for charitable giving by individuals and businesses.  The America Gives More Act, passed by the U.S. House of Representatives on July 17, 2014 as H.R 4719, seeks to enhance and make certain temporary provisions permanent.  The goal of the Act is to encourage Americans to increase charitable contributions, allowing the not-for-profit community, including foundations, charities, schools, etc. to expand their reach while carrying out their mission.

The America Gives More Act is comprised of a package of several bills, which propose the following changes to the Internal Revenue Code:

The provision of the Act relating to charitable deductions for contributions of food and inventory could have a significant impact on food banks across America. Since the deduction for charitable contributions of food inventory for all taxpayers was expanded in 2006, the Food Donation Connection estimated donations have increased 127 percent. According to Feeding America, “3.6 billion pounds of food is distributed by food bank members each year. This legislation would significantly increase food bank access to the 70 billion pounds of nutritious food wasted each year…”

The Act will continue to allow seniors to make charitable contributions from their Individual Retirement Accounts without a tax penalty. According to the Independent Senior, this provision has “prompted more than $140 million in gifts to the work of nonprofits since enactment, assisting social service providers, religious organizations, cultural institutions and schools, and other nonprofits.”

The U.S. House of Representatives passed the bill by a vote of 277 to 130. On July 23,2014, the bill was read the second time and placed on the Senate Legislative Calendar under “General Orders”, calendar no. 477.

For further information regarding the America Gives More Act of 2014, H.R. 4719-113th Congress, please visit the Congress.gov or Govtrak.us website.