Home > Insights > What is all the buzz about companies leaving the U.S. to save taxes? 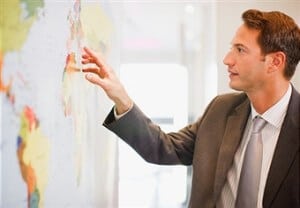 There has been much press lately about multinational companies leaving the U.S. to lower their taxes. President Obama calls it an “unpatriotic loophole.” Burger King recently announced that it’s doing it; Walgreens changed its mind and decided against it. The technique is called a tax inversion and in simple terms, it works as follows.

1) U.S. company purchases a company in a low-tax country (certain countries have rates as low as 0%).
2) The 2 companies merge and the resulting company is incorporated in the foreign jurisdiction.

Inversions continue to be contemplated and completed, even after restrictions were imposed in 2004. Due to the vast differences between tax rates of the U.S. and certain other countries, savings can be dramatic. Companies incorporated in the U.S. pay taxes at Federal rates as high as 35% with their total tax rates made even higher by state taxes. Businesses that affect inversions are instead subject to the lower rates of the new, tax-favorable countries. To the extent that income continues to be derived in the U.S., however, it remains subject to U.S. tax. Thus, the more that operations are moved to another country, the greater the benefit.

Businesses that are incorporated elsewhere but owned by U.S. companies also face higher tax bills and this is the main impetus for inversions. We are one of few nations that employ a “worldwide” system of taxation, which requires American companies to pay tax on their income no matter where it is earned—domestically or abroad. A foreign subsidiary will pay foreign taxes on its income, often at a rate that is lower than the U.S. rate. As long as the foreign earnings are not brought back to the U.S. (i.e. dividend to the U.S. parent or invested in U.S. property), there is no additional tax on those earnings. Once the income is repatriated, however, it is subject to U.S. tax net of a credit for foreign taxes paid, and thereby loses the benefit of the lower foreign rate. For example, if a subsidiary of a U.S firm earns $100 in England, it pays the U.K. 21% or $21 on those profits. When the profits are brought to the U.S., an additional tax of 14% (35% U.S. rate less 21% U.K. rate) is owed bringing total tax on the income to the U.S. rate of 35%. The intention is for companies to pay the same amount of tax on income that they earn abroad as they would if the income was earned here. Most other countries employ a different “territorial” system of taxation that only taxes income earned within their borders, regardless of where the company or its parent are headquartered.

Inversions affect earnings in foreign countries and the greater the foreign profitability, the greater the benefit. They are typically done by large, multi-national companies. As there can be a cost, tax and otherwise, to move assets to another country, it is beneficial for companies that anticipate future foreign earnings to relocate sooner rather than later. According to The Tax Foundation, most foreign taxable income and foreign corporate taxes were reported by manufacturers.

It may come as a surprise that inversions are taxable events to owners. If you are the shareholder of a company that completes an inversion, you will be treated as having sold your stock to the new foreign parent. The difference between the value of your shares at the time of the inversion and your basis will be taxed as a capital gain or loss.

International taxation is highly complex and there are many details and exceptions to the information above. It is unknown how much longer the inversion technique will exist given the extensive attention it is receiving and comments by the President and legislators seeking prohibitions in the law. Some call for a change from the “worldwide” to the “territorial” system, claiming that the current system is a disincentive to investing foreign earnings in the U.S. and such a change would result in more jobs and higher wages in America. Time will tell whether the U.S. will pass legislation to further curb the inversion technique or move toward a territorial system of taxation.