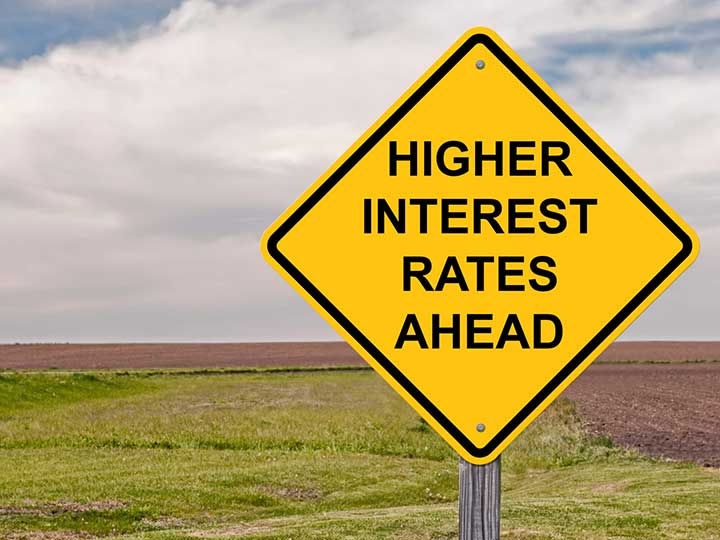 During the Federal Open Market Committee’s (FOMC) December 2016 meeting, a topic of particular concern to the Construction and Real Estate Industry was discussed. Janet L. Yellen, Chair, announced that the Federal Reserve approved their first interest rate hike in nearly a year. During the meeting, a quarter-point interest rate hike was unanimously approved which pushed the target range for short-term lending rate to between 0.5 and 0.75 percent. In addition to this rate hike, there was indication of an aggressive path forward for interest rates, projecting for three interest rate hikes in 2017 versus the previous projection of only two.

As a result of this interest rate hike, the construction and real estate industry may see the following effects in the coming year:

With the FOMC increasing interest rates, the cost of debt financing will increase for companies. While the cost of borrowing will only see a marginal raise, in a heavily debt financed project there would be a more significant effect on the bottom line. With rates projected to increase aggressively in 2017, financing jobs through debt will continue to eat at the bottom line.

Typically an increase in interest rates is accompanied by an increase in the rate of inflation. For the past several years, the rate of inflation has been kept at historically low levels by the Fed while the economy recovered. However, due to the interest rate hikes, inflation in 2016 rose to 2.1%, up from 0.7% and 0.8% in 2015 and 2014, respectively. The historical average inflation rate is 3.22%, and given the most recent approved interest rate hike and the planned increases for 2017, the rate of inflation could soon be back to that level.  Due to this increased inflation, companies may find the cost of materials increasing more than budgeted for in 2017. In addition, suppliers may be forced to raise prices due to the increased cost of financing on their end. Companies will want to monitor this situation to ensure any increase in the cost of materials is accounted for when pricing jobs.

In addition to the increased costs affecting companies, the construction and real estate market overall could see decreased volume in the coming year. As interest rates increase, buyers demand for new construction will decrease as the cost of a mortgage becomes more substantial. In December 2016, new home sales declined to a seasonally adjusted annual rate of 536,000 per the Commerce Department. That was 10.4% lower than the projected pace of 598,000; a result of increased mortgage rates per Joshua Shapiro, Chief U.S. economist. Companies will want to monitor this situation and take this decrease in demand into account when projecting sales forecasts for 2017.

While the interest rate hikes approved by the Fed are certainly not favorable to the construction and real estate industry, it remains to be seen what will happen under the new political administration in office. With current plans to spend a large sum of federal funds on infrastructure in the coming years, the construction industry could benefit from an uptick in projects. This increase in federal spending could help curb the effects on demand caused by these interest rate hikes.

Questions on how the interest rate changes may impact your business? Contact your Keiter Representative | Email | 804.747.000. We can help.