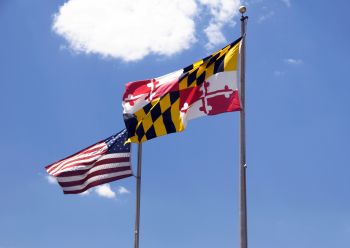 The U.S. Supreme Court, in a 5-4 decision, recently ruled on behalf of taxpayers in Maryland.  At issue was Maryland’s personal income tax.  Historically, Maryland residents have been subject to a state income tax and a local income tax.   Residents who pay income taxes to another jurisdiction on income earned in that other jurisdiction are allowed a credit against the state tax but not the local (county) tax.  Nonresidents who earn income from Maryland sources must pay the state income tax and a special nonresident tax in lieu of the county tax.

The taxpayers in this case, two residents of Maryland, earned pass-through income from an S Corporation that earned income in several states.  They claimed an income tax credit on their 2006 Maryland income tax return for taxes paid to other states.  Maryland allowed a credit against the state income tax but not against the county income tax and assessed a deficiency.  The taxpayers appealed the assessment to the Hearings and Appeals Section of the Comptroller’s Office and then to the Maryland Tax Court, both of which ruled in favor of the state.  The Circuit Court for Howard County reversed the state’s position on the basis that Maryland’s tax system violated the Commerce Clause of the Federal Constitution.  The Maryland Court of Appeals affirmed that decision and held that the tax unconstitutionally discriminated against interstate commerce.  The Maryland Comptroller’s Office filed an appeal with the U.S. Supreme Court.

The U.S. Supreme Court held that the absence of a credit against the local income tax with respect to tax paid to another state on pass-through income from an S-Corporation is unconstitutional.  The Court concluded that Maryland’s personal income tax failed the dormant Commerce Clause’s internal consistency test because if every state adopted Maryland’s tax scheme, interstate commerce would be taxed at a higher rate than intrastate commerce.

This is good news for Maryland resident taxpayers with income from out-of-state sources – on both a prospective and retroactive basis.  Refunds may be sought for overpayments resulting from the absence of the credit against the local income taxes.  Going forward, taxpayers will not have a portion of their out-of-state income taxed twice.

If you have questions about how the Court’s ruling affects you, please contact your Keiter advisor.