“I am ready to continue the success of our Firm and the goal of being the best independent, local CPA firm in Virginia.   I am committed to creating challenging career opportunities for our team and continuing our excellent reputation of client service.”

L. Michael Gracik, Jr., CPA, is Keiter’s new managing partner. Mike will oversee the Firm’s strategic direction, continue working in the tax practice, and serve the majority of his existing clients. Mike will also be involved in the Firm’s marketing and business development opportunities and remain active in community development and support.

Mike brings a rich history to his new role. He started his career with Peat Marwick in 1975 then joined Gary Stosch & Walls in 1979 where he became partner in 1983. Then in 1988, the firm merged into Touch Ross, then merged with Deloitte, Haskins, & Sells to form Deloitte & Touche in 1989. When Mike left Deloitte & Touche, he was the tax partner in charge of the Richmond office. He joined Keiter in 1991 as a partner and the head of the tax practice. At that time, Keiter had four people in their tax department and 30 total employees. It was a rare move of this type when he moved from what was then known as a Big 6 accounting firm, to an independent local firm.

When he was asked from his peers about why he would make such a move he would respond with “The reputation of the partners and firm, the people that made up the team, and the clients served, made Keiter the destination that I wanted to take with my career. I also find working with closely-held businesses and their owners to be very rewarding. You get to become part of the clients’ family, you personally see the results of your work and be part of their success.”

Mike lends his time and resources to many local charities and causes. The most notable impacts he has had have been with the Massey Cancer Center and the Annual Virginia Conference on Taxation. Mike has been on the Massey Cancer Center Advisory board since 1998. He served as president of the Advisory Board from 2003 to 2006. He is currently a member of the Massey Advisory board and participates on the annual giving and the development committees. Since 1988, Mike has been a member of the planning committee for the Annual Virginia Conference on Taxation and has co-chaired this committee since 1999. This conference has been one of the premiere tax conferences in the country since 1947.

Mike resides in Goochland with his wife, Susan. He has two children and two grandsons. 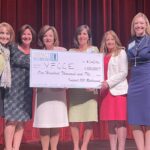 The ‘Impact’ of Impact 100 Richmond 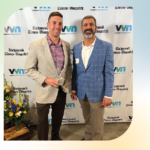 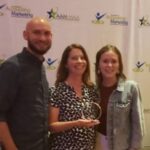