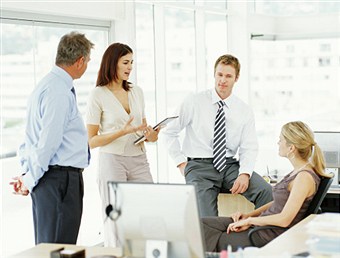 Article 1 in a 3 part series
For years there has been the “Big GAAP vs. Little GAAP” debate and whether there should be differential standards for the large public companies as compared to their smaller, privately-held counterparts. The increasing complexity of the GAAP standards has resulted in increasing internal and external compliance costs, while also increasing the number of qualifications in audit reports for smaller companies. These combined impacts have had smaller entities and the users of their financial statements questioning the need for a more simplified financial reporting framework which could reduce costs while increasing relevance to the users of the financial statements.

While this debate has been ongoing for quite some time, there is finally some reason for encouragement as both the American Institute for Certified Public Accountants (AICPA) and the Financial Accounting Standards Board (FASB) have made recent progress in their financial reporting projects aimed at non-public entities and the users of their financial statements. While both the AICPA and FASB are working towards the same goal, each organization has taken a separate path. These two separate projects provide non-public entities with two distinct options, which are at different stages of implementation.

The AICPA made the first move on June 10th of this year by issuing a Special Purpose Framework entitled Financial Reporting Framework for Small and Medium- Sized Entities (FRF for SMEs). The framework does not define a “small and medium-sized entity,” but does give some guidance as to entities that may, or may not be considered a SME. These guidelines include the following characteristics:

The AICPA’s FRF for SMEs provides latitude in determining certain key accounting policies and simplifies financial reporting in a number of particularly complex areas (i.e., equity-based compensation, income taxes, impairment testing and consolidation). However, this framework may not comply with certain investor or creditor agreements, which require financial statements issued in accordance with Generally Accepted Accounting Principles (“GAAP”). Entities that are required to issue GAAP-based financial statements will either need to continue reporting in accordance with the GAAP framework, or request a waiver to issue statements in accordance with the FRF for SMEs. This framework is available for adoption immediately.

The FASB has taken a different approach by designating a sub-committee (the Private Company Council, or PCC) charged with identifying specific areas in which financial reporting under the GAAP framework is particularly burdensome for private companies. The PCC specified that an entity is not a private company if it:

On July 1st of this year, the PCC issued its first proposed guidance by issuing three separate proposed Accounting Standards Updates (ASUs). These proposed standards would allow private entities the flexibility of adopting simplified accounting and disclosure treatment for business combinations, goodwill and certain interest swap agreements. At present, the PCC is also in the process of proposing amendments for consolidation of certain entities under “Common Control Leasing Arrangements.” If ratified, these ASUs would become part of the GAAP framework and would thus comply with investor or creditor requirements for GAAP-based financial statements. There is no timetable for when, or if, these ASUs will be ratified by the FASB.