Home > Insights > Tax Season: Another Level of Complexity in Virginia? 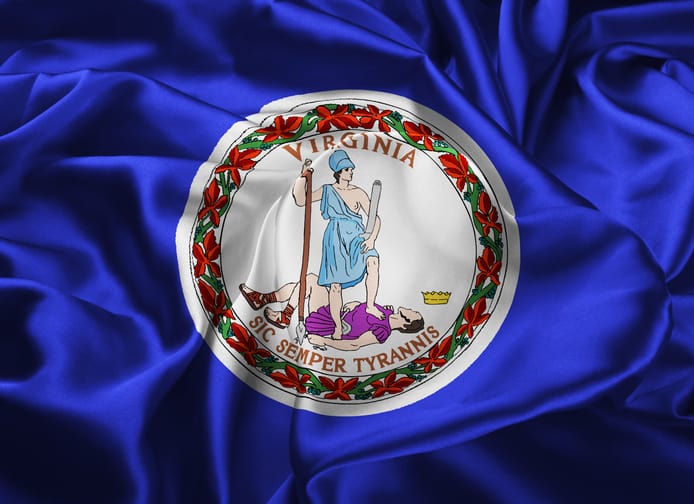 Note: This article is current as of the date written and the summaries of the bills are subject to change during the legislative process.

Tax season has had a slower start this year.  First, there was the federal shutdown.  We do not know what, if any, lingering impact it will have on the federal tax season.  Now there are concerns that since the Virginia General Assembly has not passed legislation conforming Virginia’s tax code to the Internal Revenue Code, there may be delays for tax filings at the state level.

Virginia Tax Conformity: What it Means

Virginia law conforms, with limited exceptions [1], to the Internal Revenue Code (“IRC”) as of a fixed date.  Currently that date is February 9, 2018.  The law does not conform to most of the provisions of the federal Tax Cuts and Jobs Act (“TCJA”).  Conforming to the federal law essentially means that Virginia uses federal income or taxable income (“Federal taxable income”) as the starting point for the determining Virginia taxable income and tax liability.  What this really means is that preparing Virginia income tax returns is substantially less complicated when starting with Federal taxable income.

Since Virginia is a fixed date conformity state, legislation is required to conform Virginia law to federal changes most years.  Normally, conformity legislation is introduced and passed early in the General Assembly Session.  With emergency enactment clauses, the legislation, once approved, becomes effective immediately and allows the Virginia Department of Taxation, tax practitioners, and taxpayers alike to get down to the business of “busy season” without delay.  The emergency enactment clauses require affirmative vote of 80 percent of the members voting, which has not been an issue in most years.  However, as conformity to the federal law – the TCJA — is expected to result in a windfall to the state of approximately $1.2 billion at the expense of Virginia taxpayers, this is not a normal year.

Numerous bills have been introduced this General Assembly session to update Virginia’s conformity to the federal tax reform provisions; many of the bills have also included what are considered to be tax policy changes.  Given the proposed tax policy changes as well as different opinions as to what to do with the anticipated additional tax revenues created by conformity to the TCJA, agreement on conformity legislation has been slow.  The possibility of immediate or early enactment of the conformity bills seems remote right now.  Without an emergency clause, and assuming legislation even passes both Houses of the General Assembly and is signed by the Governor, it will become effective “in due course” or July 1, well after the original due date for Virginia income tax returns.

While numerous bills providing for conformity and tax policy changes were proposed and considered, currently there are two conformity bills still alive in the General Assembly, House Bill No. 2355 and Senate Bill No. 1372.  Both have been reported out of their chambers of origination.  Each is now headed to the other for consideration.  Both originally had emergency clauses to make them effective immediately.  These clauses were removed as there were not enough affirmative votes for the legislation to pass with such clauses.  There is another bill, House Bill No. 2529, that while not a conformity bill proposes tax policy changes. This bill was also reported out of the House of Delegates and will now be considered by the Senate. The following summarizes the bills as passed by their respective bodies.

Conformity Bills with Other Provisions (House Bill No. 2355 and Senate Bill No. 1372)

Both bills conform Virginia tax law to the Internal Revenue Code as of December 31, 2018, thereby encompassing most of the provisions of the TCJA; however, each bill has a different approach from a policy perspective.

HB 2355 proposes to provide that for Fiscal Years 2019 and 2020, any additional revenues generated as the result of conforming to the temporary individual income tax provisions of the TCJA that expire before January 1, 2016, will be transferred to a special nonreverting fund called the Taxpayer Relief Fund.  By August 1, 2019, the Department of Taxation would be required to submit a plan for consideration by the General Assembly prior to the start of the 2020 Session to refund the revenues to Virginia taxpayers who paid additional tax to Virginia as an indirect result of the federal conformity.

Two other provisions of the bill would require:

As noted above, House Bill No. 2529 does not provide for conformity to the federal tax law. Rather, it makes various tax policy proposals as follows:

For taxable years beginning on and after January 1, 2018:

For taxable years beginning on and after January 1, 2019:

Several things could happen now with the conformity bills:  the bills could be reconciled, emergency clauses added, and approved by both Houses and the Governor which would allow Virginia to get back on track with busy season (but likely with some delays); the bills could be amended to approach the conformity issue differently with or without policy changes; both bills could be killed leaving Virginia’s conformity to the Internal Revenue Code as of February 9, 2018 (but without conformity to the TCJA provisions); the General Assembly could decide to address the issues in a Special Session, etc. House Bill No. 2529 could be passed, rolled into one or both of the conformity bills, amended, or killed. There also is the possibility that conformity and/or tax policy provisions could be added to, debated, and approved as part of the budget bill.

Much uncertainty exists right now but one thing is certain — without passage of conformity legislation and soon, busy season will be disrupted.  Time will tell what happens next, but we would hope the General Assembly can, at a minimum, agree on conformity as soon as possible so we can get to work.

Keiter is closely monitoring the legislation and will keep you informed of any changes to Virginia tax conformity. Questions on this topic? We can help. Contact your Keiter representative or our State and Local Tax team. | Email | 804.747.0000

[1] Virginia historically has deconformed from the following IRC provisions: (i) bonus depreciation allowed for certain assets under federal law; (ii) the five-year carry-back of net operating losses generated in certain taxable years; and (iii) tax exclusions related to the cancellation of debt income or the application of high yield debt obligation rules.  In 2018, Virginia deconformed from the provision of the TCJA that temporarily increased the medical expenses deduction for taxable years 2017 and 2018; and all of the provisions of the TCJA and Bipartisan Budget Act of 2018 that affected taxable year 2018 and after other than very limited provisions for tax relief for specified 2016 disaster areas and combat zone benefits for members of the armed forces performing services in the Sinai Peninsula.

We need your help to get vitally important tax conformity legislation passed.