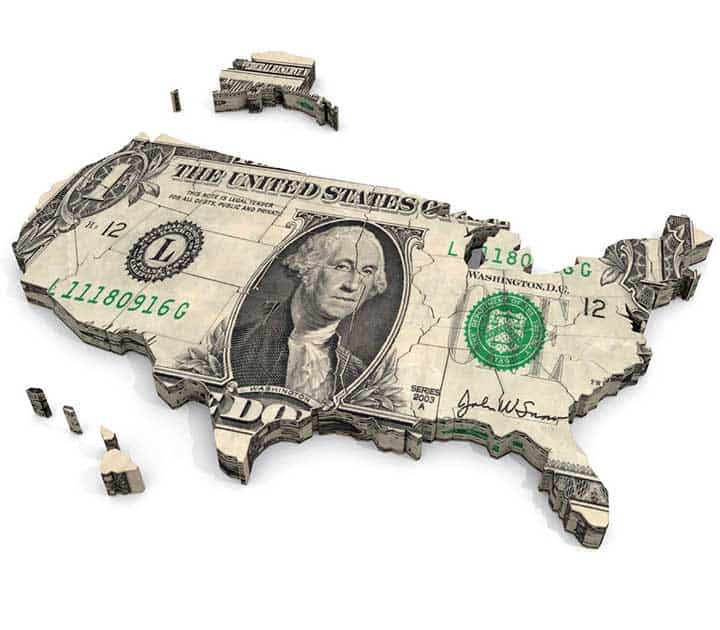 As businesses close the books on 2015 and ring in 2016, they should be aware of potential state exposures and consider ways to mitigate them.  The issues are particularly relevant to businesses operating in a multi-state arena but most are also applicable to businesses which have limited their activity to Virginia.

We have summarized the top 7 potential state tax exposures below.

Businesses operating in a multistate environment are subject to a state’s taxing jurisdiction if they have “nexus” in that state.  “Nexus” is a connection between a state and a business necessary to establish a state’s right to tax that business. Generally speaking, it can be created through: (i) a physical presence of property (business location, assets, inventory); (ii) employees (whether making sales or working “from home” in support functions), (iii) independent contractors acting on the business’s behalf, or (iv) certain other activities within a state.  Sales tax nexus is generally created through a physical presence as described above. Traditionally, income tax nexus has been created through a physical presence in a state with an exception for the presence of sales people who limited their activity to the solicitation of the sale of tangible personal property. Activities beyond the mere solicitation of sales of goods, and sales of intangibles or services create income tax nexus.  More recently, though, states have embraced an economic nexus approach for income and other taxes, whereby nexus is created through an economic presence, e.g., certain volume of sales.  Thus a business may have nexus in a state without ever going there or just by having sales of services to customers in a state.

Accordingly, it is extremely important for businesses to monitor their activities and be aware of state nexus rules in order to determine potential tax liabilities and filing requirements.  Being proactive with this can assist in tax planning and help reduce unwanted surprises, such as inquiries and audit assessments from states.

Income tax is imposed by a majority of states and some localities on businesses that have nexus in their jurisdictions. As explained above, nexus may be created through a physical presence within the state if a business goes beyond the mere solicitation of sales of goods, or sells services within a state.  More recently, economic nexus laws have been passed by an increasing number of states.  Thus, while a business may not have a physical presence in a state, a tax filing requirement may be created if the business derives a certain level of economic benefits from transactions, such as sales to customers located in the state.  With many of the economic nexus states, nexus is established if certain thresholds are exceeded during the tax period.  These thresholds generally include $50,000 in payroll, or $50,000 in property, or $500,000 in sales, or 25 percent of a company’s total property, total payroll, or total sales are in the state.  It is noteworthy, though, that some states take the position if a business’ activity in the state does not go beyond the mere solicitation of sales of tangible goods, a business still may not have economic nexus and a filing requirement.  Some of the states that have adopted economic nexus positions include Alabama, California, Colorado, Connecticut, New York, and Tennessee.

Another trend with the states is the adoption by an increasing number of states of market-based sourcing rules for apportioning income from sales of services and intangibles within the state.  Until recently a majority of states used the cost of performance method of apportioning services.  With the cost of performance sourcing method, service revenue is sourced to the state in which a greater portion of the income-producing activity is performed than in any other state based upon the relative direct costs to provide the service.  Market-based sourcing attributes sales of services to a state if the taxpayer’s “market for the sale” is in the state.  This phrase has been interpreted differently by the states to include: (i) where the benefit of the service is received, (ii) where the service is received or delivered, or (iii) where the customer is located.

Businesses providing services (such as professional, investment or financial related) to customers in states that have adopted both economic nexus and market-based sourcing rules may find themselves subject to new reporting and tax payment requirements.  This can occur even if there is no change in the business’ activities. Related Article.

Most businesses are subject to sales and use tax – on their purchases for use within the business and on their sales.  If the business is selling taxable goods or services to customers in a state where it has sales tax nexus (generally through a physical presence) it must register for, collect, and remit to the taxing jurisdiction the appropriate state and local sales tax.

Businesses should consider where their employees are traveling, location of independent contractors who are selling products or performing services (e.g., maintenance) on their behalf, “click through” arrangements with in-state residents, inventory location, or fixed assets, and other factors when determining whether they have sales tax nexus and thus have collection and reporting responsibilities.  It is noteworthy that businesses are also liable for use tax on their own taxable purchases for use within that state if the vendors do not collect the tax on the sales.

In recent years “click through” nexus laws are being passed by more states.   Nexus can be asserted by a state on an unsuspecting business that pays commissions to agents for sales they generate through “clicking” on Internet websites or through other instate activities performed by such agent.

There are 45 states (including the District of Columbia) that impose a sales/use tax.  Thus, depending upon the state, a service or good may or may not be taxable.  Most states tax more services than does Virginia.  It is important to note, too, that in some states, such as Colorado, Arizona, and Louisiana, the local sales and use tax rules may differ from the state rules. Related Article.

There are other business taxes imposed by states that are not based on income. One is a franchise tax which is a tax associated with the privilege of doing business within a state’s borders. This tax generally is assessed on a business’s net worth or apportioned capital. Franchise taxes may be imposed even if the state has a income tax or they may be in lieu of the income tax.  Some states that impose franchise taxes include, but are not limited to, North Carolina, Pennsylvania, Tennessee, New York, New Jersey, and California.

Another non-income based tax is a gross receipts tax, which generally is based on the sales or other adjusted receipts measured within in a state. Some examples of these types of tax are the Texas Margin Tax, Ohio Commercial Activities Tax, Washington Business and Occupation Tax, and the Delaware Gross Receipts Tax.  Business can be subject to these taxes once they establish nexus.

In Virginia, there are local business license taxes, called “BPOL,” to which most businesses are subject.  BPOL is a tax on gross receipts (with few deductions/exceptions) and generally is due regardless of whether a business is making a profit.  BPOL may be a set fee or based upon a business’ classification (e.g., wholesaler, retailer, etc.)  Localities in other states may have local license or business privilege taxes and these should be explored when setting up offices or having sales people working from their “home” offices in other states. Related article on non-income taxes.  BPOL.

Property taxes are generally imposed mostly by localities but also by some states on businesses that own property within their jurisdictions.  These taxes may be in the form of real property taxes and/or business personal property taxes.  There may be different classifications and tax rates for different types of property (e.g., machinery used in manufacturing v. computers used by a professional services provider).  Property taxes generally are based the fair market value of property owned on “tax day,” January 1, and are due in a lump sum payment or possibly semi-annually, depending upon the locality.  These taxes are also due regardless of whether a business is making a profit.  Businesses should endeavor to track the location of their tangible personal property in order to properly report their property taxes and avoid situations of double taxation when property may have been moved from one jurisdiction to another.

Caution should be exercised when reporting and valuing property obtained through an acquisition of another business.  In Virginia, the property is valued at fair market value, not through an allocation of purchase price. Related article.

Having employees who perform work or earn income in states other than their state of residence may create withholding and payroll tax exposure.  Generally speaking wages are taxable to employees in the state in which the services are performed.  However, state withholding requirements vary and may be influenced by the time spent or income earned by workers in a state.  Some states take the position that working just a few days or earning $5,000 (or possibly less) creates withholding requirements.  Some states have reciprocal agreements whereby income tax may be withheld on wages in an employee’s state of residence rather than where he or she may be working.  Other state employment-related costs, such as worker’s compensation and unemployment compensation, may be affected with employees working, whether on a full time or temporary basis, in a state other than their state of residence.

It is important to track where employees are working, whether on a temporary (e.g., project-basis) or part-time basis.  Multi-state withholding requirements often arise with professional services providers (attorneys, CPAs), consultants, sales persons, and contractors, to name a few.  Over the past few years states have increased their enforcement of payroll tax withholding on the business that pays the wages to the non resident working in the state. Related Article.

Businesses need to know where they are doing business, how they are doing business, where they have property, where they have business relationships, and the taxes associated with their business operations, so they can be proactive in terms of tax awareness and compliance.  This can be accomplished through a nexus and compliance review.  What better time than a new year to kick off such an endeavor!

If you have questions about potential state tax exposures for your business, please reach out to your Keiter advisor or contact us.

Learn more about our state and local tax solutions and insights.

Terry Barrett and Kay Gotshall partner with their clients to provide state and local tax solutions. They customize their services based on their individual business clients’ needs in order to assist them in reaching their business and financial goals. 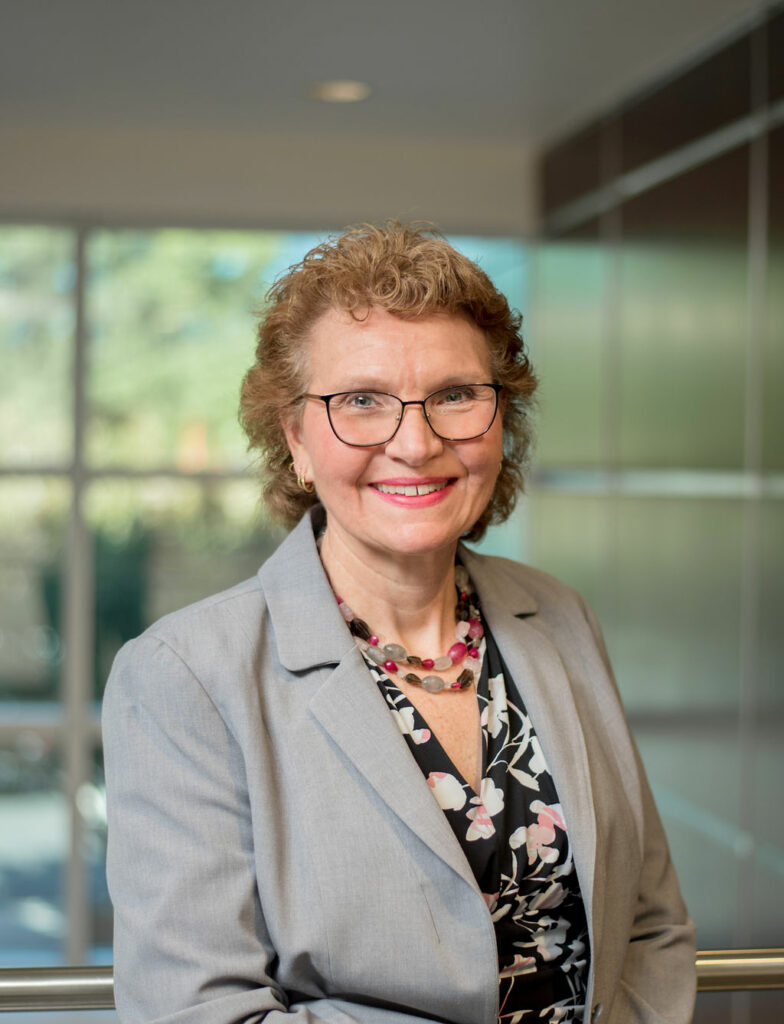 Kay serves several of Keiter’s larger corporate clients with their FAS 109 tax provision and returns. Currently, Kay leads the Keiter multi-state tax team, which is primarily responsible for a majority of the multi-state tax filings prepared by the firm. In addition, the Keiter multi-state tax team provides income, as well as, sales and use audit and research support services. Kay works on a wide variety of industries, since most of her clients are multi-state. Some of the specific industries she serves include services, broker-dealers, manufacturing, and construction. Furthermore she consults with a variety of clients on filing requirements for multi states and foreign company ownership and operations. 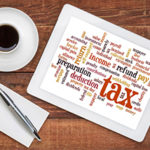 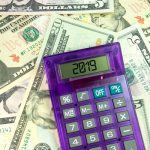