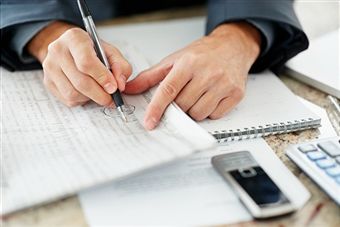 Doesn’t this sound familiar? Rewind back to March 2009 when the FASB and IASB issued very similar discussion papers outlining their thoughts on the lease project. Public discussion ended for these papers in July 2009, and the boards formally issued an exposure draft of a new lease standard 13 months later on August 17, 2010. The FASB and IASB then spent the next year and 11 months reading the hundreds of comment letters received, holding public forums around the world, and hosting webinars on its ‘progress’ with the new standard. We haven’t heard anything from the FASB and IASB on the lease project for nearly a year until last Thursday when the most recent exposure draft was released.

So, why the big delay? Did the Boards dramatically refine the previous exposure draft or reduce the impact on small and medium-sized businesses? … Not exactly.

The primary goals of the exposed lease standard continue to be:

The “greater transparency” will be accomplished by forcing nearly all leasing transactions onto the balance sheets of both lessees and lessors, and by increasing the disclosure requirements for all leases. The newly developed term “right-of-use asset” has been coined to represent the economic benefit that a lessee is entitled to under a leasing transaction. The exposure draft proposes two separate leasing models:

The Boards have modified the most recent exposure draft to respond to many of the criticisms it received in earlier versions, however the substance of their efforts has remained unchanged ……. to inflate balance sheets (okay, that was an editorial comment).

The good news is that the Boards have listened to the community forums and public comment letters and have made a few important concessions that were either vague or not present in earlier drafts:

The FASB and IASB opened a public comment period which will end on September 13,2013. The boards will be conducting more public outreach through round-table discussions and webinars from May through September 2013, prior to their final re-deliberations in Q4 2013. The final standard release and implementation dates have not yet been determined.