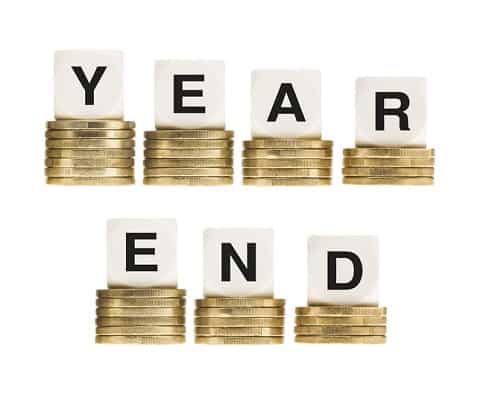 As the end of the year approaches, it is a good time to think of planning moves that will help lower your corporate tax bill for this year and possibly the next. Factors that compound the planning challenge this year include political and economic uncertainty, and Congress’ all too familiar failure to act on a number of important tax breaks that will expire at the end of 2016.

Some of these expiring tax breaks will likely be extended, but perhaps not all, and as in the past, Congress may not decide the fate of these tax breaks until the very end of 2016 (or later).

Businesses should consider making expenditures that qualify for the business property expensing option. For tax years beginning in 2016, the expensing limit is $500,000 and the investment ceiling limit is $2,010,000. Expensing is generally available for most depreciable property (other than buildings), off-the-shelf computer software, and qualified real property—qualified leasehold improvement property, qualified restaurant property, and qualified retail improvement property. The generous dollar ceilings that apply this year mean that many small and medium sized businesses that make purchases before the end of 2016 will be able to currently deduct most if not all their outlays for machinery and equipment. The expensing deduction is not prorated for the time that the asset is in service during the year. This opens up significant year-end planning opportunities.

Businesses also should consider making expenditures that qualify for 50% bonus first year depreciation if bought and placed in service this year. The bonus depreciation deduction is permitted without any proration based on the length of time that an asset is in service during the tax year. As a result, the full 50% first-year bonus write-off is available even if qualifying assets are in service for only a few days in 2016.

These are just some of the year-end steps that can be taken to save taxes. Again, by contacting us, we can tailor a particular plan that will work best for you. Contact us. | 804.747.0000

The content of this article is limited to the matters specifically addressed herein and is not intended to address other potential tax consequences or the potential application of tax penalties to this or any other matter. All written advice provided is based on reasonable factual and legal assumptions, exercises reasonable reliance, and uses reasonable efforts to identify and ascertain the facts relevant to the Federal tax matters.