As 2013 draws to a close, Keiter experiences bitter sweet leadership changes.  While we are excited to be celebrating our 35th anniversary and have an excellent leadership transition team in place, we wanted to bid a fond farewell and sincerely thank two retiring partners who were instrumental to the success of our Firm.  Lewis O. Hall, CPA/ABV, CExP, managing partner, and Robert L. Sommerville, CPA, audit partner, will be retiring at the end of 2013.

Lewis Hall has spent 32 years serving clients at locally-owned CPA firm, Keiter.  For the last 15 years, he has led the Firm through consistent growth as the Managing Partner. Lewis joined Keiter in 1982 when there were only 5 Partners and revenue was approximately $1 million.  In 1998, Lewis was appointed Managing Partner when the Firm had 13 partners and revenues of approximately $7 million.  Today, revenues exceed $20 million with 20 partners and 110 staff in the Richmond office. Under Lewis’ leadership the Firm has received the following recognition and awards:

In addition, as part of a three year succession planning initiative led by Lewis, the Firm revised the role of the new Managing Partner and created the Chief Operating Officer role.

Lewis has been an active member of the South Richmond Rotary club for 26 years.  He has held several leadership positions within the organization during this time including: President, Treasurer, Secretary, Board Member and District Treasurer. He has also served on numerous other boards in the community, including the AICPA Private Companies Practice Section (PCPS) Executive Committee, the VSCPA Business Valuation Committee, the VCU School of Business Alumni Board, The Foundation for the Preservation of Virginia’s Executive Mansion, Ramp Access Made Possible by Students (RAMPS), and the Greater Richmond Chamber of Commerce.

L. Michael Gracik, Jr., CPA, Keiter’s new managing partner said, “Lewis Hall has done a great job as managing partner of our Firm.   Under Lewis’ 15-year term, the Firm has prospered.   A great deal of the success of the Firm, our brand, and our growth has been due to Lewis’ leadership. His leadership helped the Firm to move from a small, local firm to the firm that it is today.”

After his official retirement in December 2013, Lewis plans to stay active in the local community and pursue other business interests. His plans also involve spending more time with his wife, Cerise, two daughters, and three grandchildren.

After serving Keiter for 13 years, Bob Sommerville is also retiring from Keiter at the end of 2013. He led the Business Assurance & Advisory Services practice for Keiter for a total of 12 years. He initiated the development of what is now the Firm’s Risk Advisory Services practice.  During his tenure, he worked primarily with private companies, helping to develop and implement growth plans, developing systems and processes, and assisting in exit strategies for owners.

Bob has served our community for numerous years and has made an impact on many organizations, including:

“During Bob’s tenure at Keiter, his leadership in the areas of integrity, technical expertise and client service were significant in developing our Firm’s culture and reputation,” explained Christopher L. Wallace, CPA, Business Assurance & Advisory Services Leader. “While we are sorry to see him go, we are excited to meet the standards that Bob established for exceeding client service expectations and maintaining the highest degree of professional integrity in everything that we do.”

In 2013, Bob received the Life Member Award from the Virginia Society of CPAs for his involvement over the last 40 years. For 2014 and beyond, Bob plans to stay active in the local community and will enjoy more time with his wife, Janet, their five children, and five grandchildren. 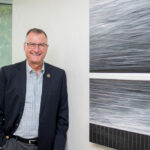 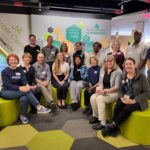 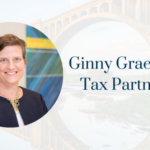